Pulling together for Devon Tug of War Champions

Posted by Dartmoor Brewery in May 2014 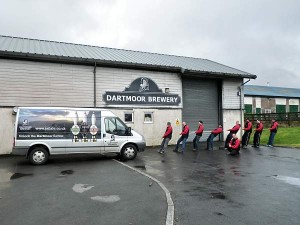 causes. This month we teamed up with the recently reformed Widecombe Tug of War team to provide sponsorship for the 2014 season. This includes providing a set of smart new branded jackets to help the group present a professional image in its quest to become national champions, which they sported while demonstrating they have real pulling power on a recent tour of the Brewery here in Princetown. 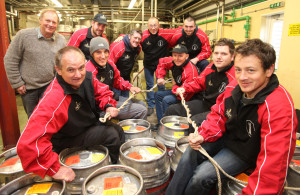 The Widecombe Tug of War team dates to at least 1926, when most villages in Devon had a team to compete at local fairs and fetes. Widecombe's present team, which last season was crowned Devon Champions, reformed in 2010 and this year aims to represent England at the UK Championships in Ireland. Imagine the pints of Jail Ale they could pull!