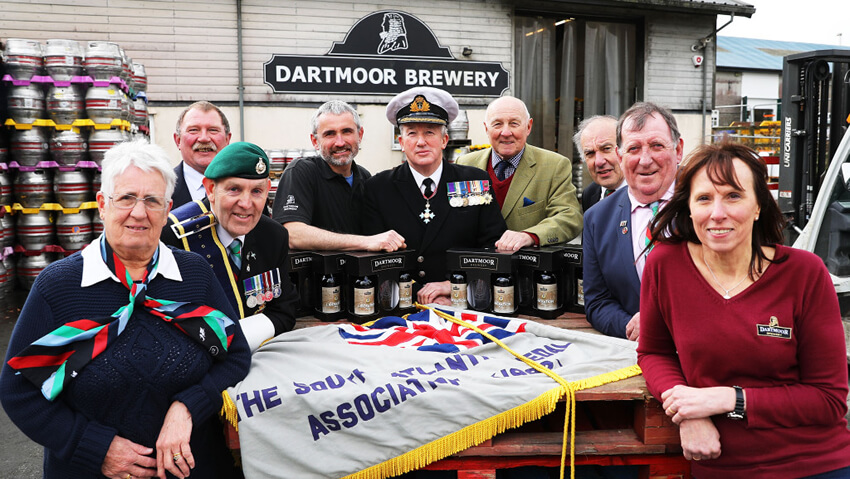 Dartmoor Brewery has joined forces with SAMA, the South Atlantic Medal Association, with the launch of a limited-edition Liberation Ale to commemorate the 35th anniversary of the liberation of the Falkland Islands. The Falkland Islands are a British Overseas Territory situated 300 miles off the South American coast, and were liberated from 74 days of Argentine occupation on 14th June 1982.  Over 900 British and Argentine servicemen lost their lives during the conflict, along with three Falkland Islanders. Commodore Jamie Miller CBE, Royal Navy, is pictured with representatives from Dartmoor Brewery and SAMA as the first batch of Liberation Ale is prepared for dispatch.