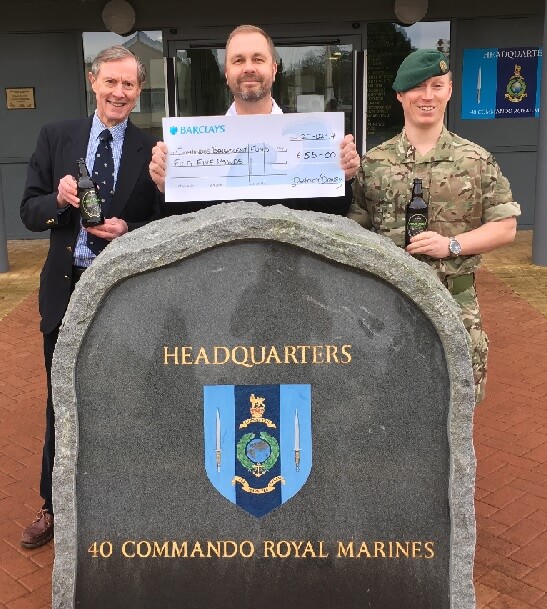 Salute to the Legendary "Mad Jack" 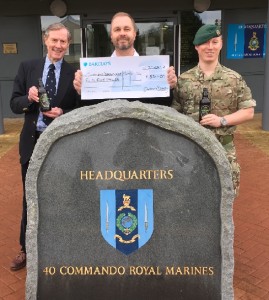 Dartmoor Brewery has saluted the wartime achievements of Lieutenant Colonel “Mad” Jack Churchill, with a donation to the Commandos Benevolent Fund. Mad Jack, who died in 1996, remains a legend throughout the military for his distinguished career and unique character. Through the Second World War he entered each battle armed with a longbow, bagpipes and a Scottish broadsword, which he would brandish at the enemy. Mad Jack captured 42 German soldiers single handed, and is credited as the only person to successfully use a bow and arrow in battle during World War II. With the assistance of 3 Commando Brigade Royal Marines, Dartmoor Brewery came up with a special brew to celebrate the life and achievements of Mad Jack, with a donation from each bottle sold going to the Commandos Benevolent Fund. The fund provides financial assistance to former Army Commandos and their dependants. Dartmoor Brewery's Scott Prideaux (centre, above) is pictured presenting a cheque to Michael Copland, Honorary Treasurer of the Commandos Benevolent Fund, and Captain Dan Withers from 3 Commando Brigade.