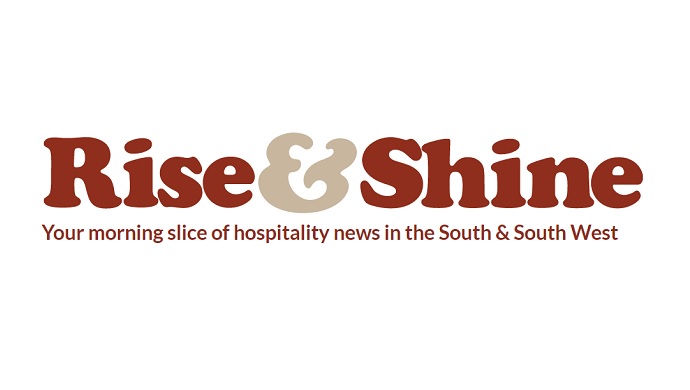 The good folk at Rise & Shine - the South West's daily hospitality news bulletin - have given Dartmoor Brewery a bit of attention with their latest Brewery Focus feature.  We thought it was worth sharing.....

Who makes it?
We are situated in Princetown, in the heart of the Dartmoor National Park and surrounded by breathtaking countryside. Being 1465ft above sea level makes us the highest brewery in the British Isles. The brewery was started in 1994 and soon outgrew its original home so, in 2006, the brewery moved to its current location, occupying the site of the old Princetown railway station. It is from here that the brewery continues to brew its flagship beer Jail Ale and portfolio brands. We have exciting expansion plans for the brewery and its brands over the next couple of years.

How is it made?
We love brewing great beer here in the heart of Dartmoor, and throughout the brewery, there is a passion and pride in every beer we brew. We love great beer and are delighted to become a corporate member of Cask Marque, an organisation that loves the same things as we do and shares in our beliefs that we are responsible for the beer from grain to glass. We plan to use our membership to jointly invest in our customer's outlets to make sure that every pint of Dartmoor Brewery produced beer is as good as it was when it left the brewery and that the end consumer can sample the pride and passion that lives here in every pint of beer we brew.

How does it taste?
Jail is our original beer, first brewed in 1994. It quickly achieved fame and many top awards with its full-bodied, deep golden appearance and well-rounded flavour and a rich, moreish aftertaste. Undoubtedly one of the best premium ales in the country.
Legend launched in 2010 as a modern-style beer based on traditional brewing technics. The beer quickly built its own legend across and far beyond its moorland heartland. It’s a balanced beer with a crisp malt fruit finish.
IPA was created alongside Jail as a highly drinkable light golden ale. It has a unique blend of English hops which create a superb spicy apple and citrus fruit flavour.
In 2015 we introduced the new kid on the block. Dartmoor Best is an easy drinking, hand-crafted amber style beer, made using the same Dartmoor water and Dartmoor malted barley plus our core range of English hop varieties and some new exclusive hops.

The best ways to enjoy it?
Enjoyed in pubs and clubs and the larger national supermarket chains.

What’s special about your beer?
We love brewing great beer here at Dartmoor and throughout the brewery there lies a passion and pride in every beer we brew. We love great beer and are delighted to share that with our customers.