Posted by Dartmoor Brewery in Jun 2012 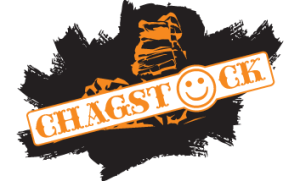 Chagstock Festival has teamed up with Dartmoor Brewery for this years' festival. Dartmoor Ale for a Dartmoor Festival! Originally this was a private event for around one hundred people. A few friends started in 2003 by inviting a load of people down to Devon and holding a micro-festival in the garden. This was all very home grown and cobbled together with string, gaffer tape and rusty scaffold poles but we managed to create something rather special and overall it was good to see so many people chilling in the big outside, sharing music, dance and space. We did this three years running and got bigger and better at it. We then took a year out in 2006 in order to start planning the next step...going public! A site was found, and after many weeks of meetings, form filling and phone calls, Chagstock '07 took place. The chosen site is at Whiddon Down and covers about 40 acres of farmland with glorious views over the northern edge of Dartmoor (see photos). We hoped to transfer some of the feel of the original event to the new site and judging by feedback from those of you who attended we believe this was achieved. The idea has always been to provide space for good energy and entertainment without getting too commercial, and we aim to stay true to this philosophy as the event matures and establishes its self over the coming years. Any excess cash made will be donated to worthy causes such as the Devon Air Ambulance, WaterAid.