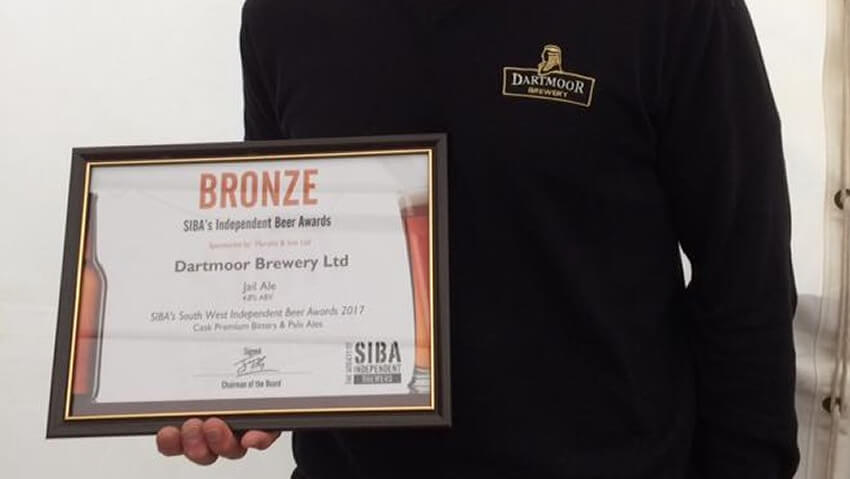 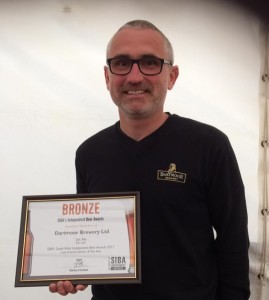 Dartmoor Brewery flagship beer Jail Ale has once again been recognised as one of the best in class, with a Bronze award at the Tuckers Maltings Beer Festival. The coveted award comes from SIBA - the Society of Independent Brewers - a brewing industry organisation which showcases the very best in British brewing.  The award was sponsored by brewing suppliers Murphy and Sons. Jail Ale is the original Dartmoor Brewery ale, which quickly achieved fame across Dartmoor and beyond.  A full-bodied, deep golden brown beer, Jail Ale has a well-rounded flavour and a rich, moreish aftertaste.  Undoubtedly one of the best premium ales in the land! The Tuckers Maltings Beer Festival, which this year runs until Saturday 29th April, is an annual celebration of great beer, organised by SIBA and supported by CAMRA. Head Brewer Ian Cobham is pictured with the award. Tuckers Maltings Beer Festival SIBA South West Independent Beer Awards