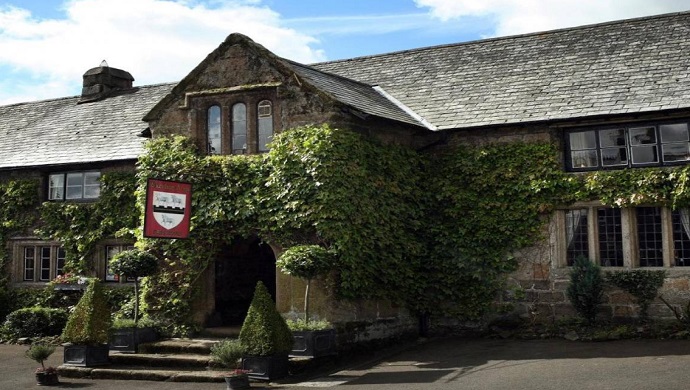 Pub of the Week: The Oxenham Arms

You'll find the Oxenham Arms Hotel and Restaurant in South Zeal, a beautiful, unspoilt village on the Northern edge of Dartmoor National Park, and as one of Devon's oldest inns, it's definitely worth a visit.

There are plenty of historic inns on Dartmoor, but the Oxenham Arms has the dual distinction of being a former medieval monastery, and the oldest CAMRA (Campaign for Real Ale) heritage inn in Devon.  Even before you step inside, you'll sense the history of this 12th Century buidling, originally built by Benedictine monks. Uniquely there is a 5000-year old standing stone in the centre of the hotel, around which the monastery was built.  It's not surprising that the Oxenham Arms is a Grade II Star listed building.

The Oxenham definitely has the feel of a traditional country inn, with beamed ceilings, log fires, and character in abundance. But you can also look forward to excellent dining, and a good night's sleep in one of the beautiful rooms (including Four Poster rooms for that added touch of luxury).

With a rosette from the AA for food, you can expect delicious meals, prepared using fresh local produce, whether you choose the Monastery Restaurant, or a more casual bite in the bar.

Naturally there's Jail Ale on the bar, and in the warmer months it is a joy to enjoy a pint on the patio or in the gardens, with stunning views of Dartmoor and the hotel's four acres of grounds.

Whilst the Oxenham is in a peaceful Dartmoor hideaway village, it's just 5 minutes or so from the A30 dual carriageway, making it very easy to get to.  It's location on the northern edge of Dartmoor makes the Oxenham Arms an ideal stop-off on day out on the moor. The National Trust's Castle Drogo, and the spectacular Teign Valley, are a short drive away, as are pretty Dartmoor towns including Chagford and Moretonhampstead, and the bustling Okehampton. 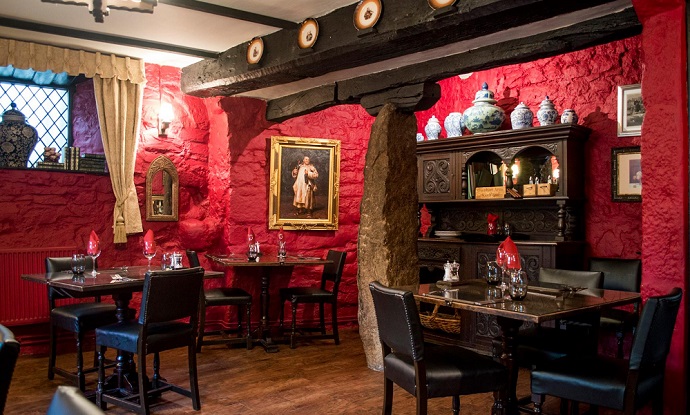 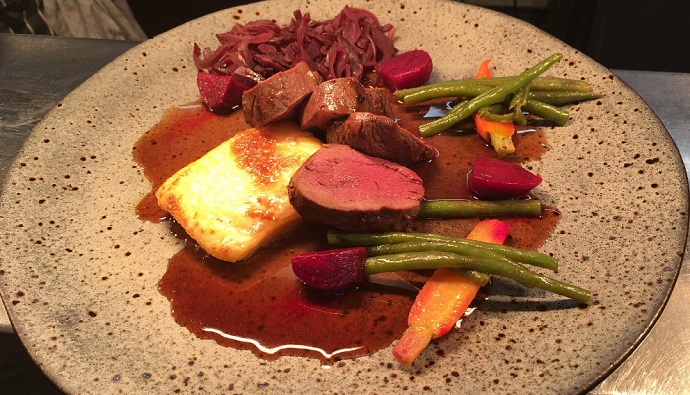 Previous Pubs of the Week: